New Zealand and the Need for Critical Anti-Islamophobia

On Friday, March 15th, a white supremacist gunman attacked two mosques during jummah congregational prayers in Christchurch, New Zealand. The attacker killed 50 people and injured dozens. Our prayers are with the victims and survivors of the massacre and all people impacted by hate crimes. We join the many voices expressing solidarity. As an organization dedicated to anti-racism education, we are committed to building a just and inclusive world where diversity is seen as an asset rather than a threat. Mourning this tragedy compels us to ask: What now? 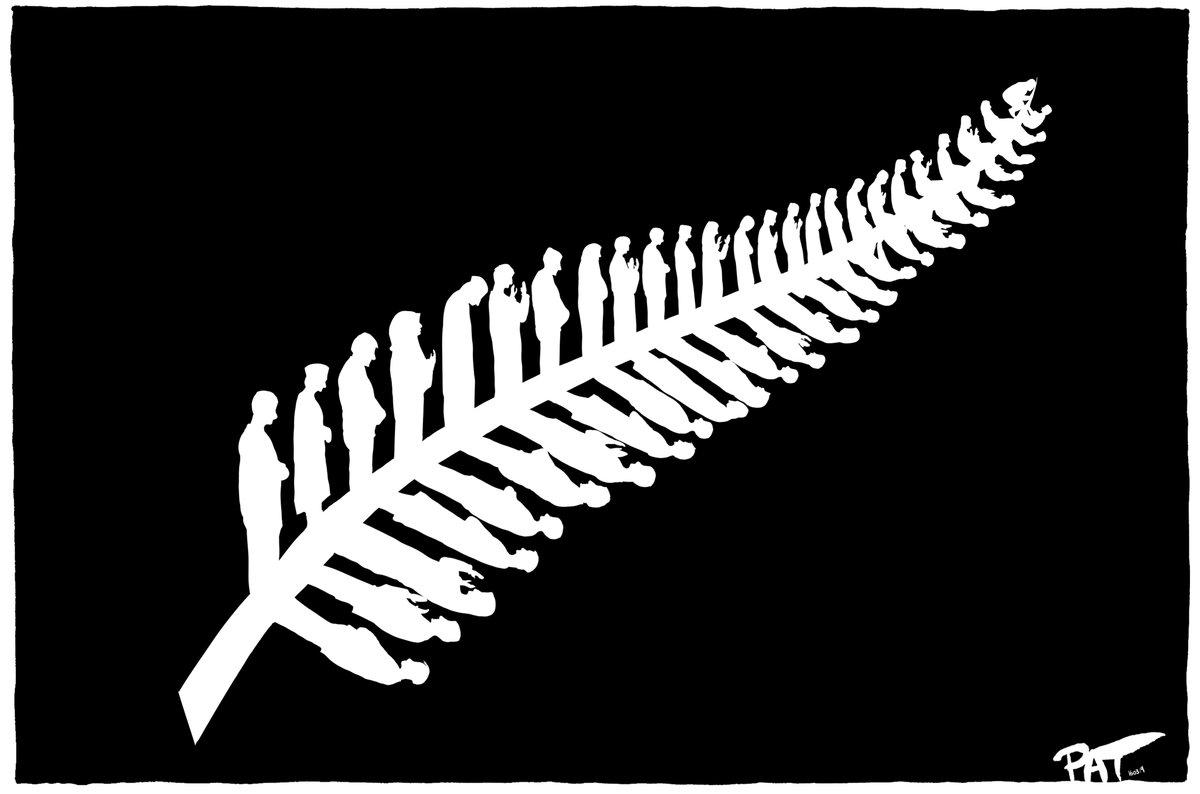 Inna lillahi wa inna ilayhi raji'un. To God, we belong and to God, we shall return.

On Friday, March 15th, a white supremacist gunman attacked two mosques during jummah congregational prayers in Christchurch, New Zealand. The attacker killed 50 people and injured dozens. Our prayers are with the victims and survivors of the massacre and all people impacted by hate crimes. We join the many voices expressing solidarity.

As an organization dedicated to anti-racism education, we are committed to building a just and inclusive world where diversity is seen as an asset rather than a threat. Mourning this tragedy compels us to ask: What now?

We must show up for one another to create communities of care. Multifaith groups and Muslim communities have organized vigils, prayer services, and gatherings to process their grief and express solidarity with the victims of the Christchurch massacre. It is critical that we are holistic in our approach and support those are impacted by the climate of hate and state violence.  What resources do our communities need to engage productively in self-care around this massacre? Muslim Wellness Foundation’s Coping with Community trauma is an important resource.  We encourage everyone to take the time they need to process their grief and the full range of emotions. For those who need to time turn inward, we encourage you to build resilience. For those who want to act, we welcome you to join us in countering white supremacist violence in all of its forms.  As an education organization, we provide anti-racism resources to guide our actions. Together, we can resist racism, Islamophobia, and xenophobia.

The White supremacist violence that we saw in New Zealand is an outcrop of white supremacy culture. White supremacy culture is an ideology that holds that white people, culture, beliefs, and practices are superior to  the cultures, beliefs, and practices of people of color. Whether in Europe or in settler colonies, global white supremacy and the resurgence of fascism in public and political spheres jeopardizes the lives of people of color.  From the posts in white nationalist online spaces to the words of elected officials, specific narratives around immigration and legality have emerged to build upon those that have existed in differing forms for centuries. Australian Senator Fraser Anning from Queensland released a statement noting “the real cause of bloodshed on New Zealand streets today is the immigration program which allowed Muslim fanatics to migrate to New Zealand in the first place.”

Anti-Semitism, anti-Black racism, native genocide, and Anti-Muslim animus sit at the core of White Supremacy. We live in a time of perpetual war and weekly instances of state violence against Muslims and those perceived to be Muslim. White nationalist plots in the US against Somali Muslim refugee communities in Minneapolis Black Muslim communities in Islamberg, NY and multiple attacks on masajid and Muslim communities throughout the world occur in a world with the implicit or explicit endorsement of the state. The white supremacist attack in New Zealand is the most recent example.

From a human rights framework,  the dehumanization of Muslim minorities in media and by government officials in our current climate of a heightening white nationalism raises red flags. When those in power endorse, excuse, or minimize vigilante hate, societies tip closer to the possibility of genocide and crimes against humanity. Indeed, Muslims in Burma, China, and the  Central African Republic face deadly violence on the basis of religion and ethnic identity. The New Zealand massacre attacker's manifesto cited influence from Serbs who were a part of the brutal genocide against Bosnian Muslims in the former Yugoslavia.

MuslimARC develops strategies to build multifaith, multiracial solidarity, using a Critical Anti-Islamophobia approach, which focuses on identifying root causes and organizing for systems change. We take this somber moment to reflect on the narratives surrounding the attack, to note the climate of structural Islamophobia and the policies and practices that exist around us. We emphasize the necessity of healing and other direct services for all those impacted by anti-Muslim violence and the need for collective action led by those who are directly impacted.

We must collectively act to disrupt vigilante hate crimes, such as what we have seen in New Zealand, as well as counter policies that criminalize and targeting marginalized communities. Hate crimes do not occur in a vacuum. White supremacist violence is more than the actions of a lone wolf. When hate is created and supported by state policies and officials, we cannot expect endeavors to generate interpersonal connections to decrease the resulting bias and violence. In this time, we renew our call for people to tackle xenophobia, racism, and Islamophobia wherever it exists, in media, in policy, and in our communities.

➡ Learn about the victims and see a timeline of the attack: https://interactives.stuff.co.nz/2019/03/end-of-our-innocence/

➡ Read: Why the fight against the Muslim Ban can’t be over: https://www.brennancenter.org/blog/the-fight-against-trumps-muslim-ban-isnt-over

➡ Read: “State And Local Republican Officials Have Been Bashing Muslims. We Counted.” https://www.buzzfeednews.com/article/hannahallam/trump-republicans-bashing-muslims-without-repercussions

➡ Watch: Maori responses to the massacre. Solidarity among indigenous peoples across the world ensures we do not endorse settler-colonialist frameworks about nations or erase indigenous peoples: https://www.washingtonpost.com/world/2019/03/18/power-haka-new-zealanders-pay-traditional-tribute-mosque-attack-victims/?utm_term=.af1c5a943e91